The Soldiers of the 8th Virginia. 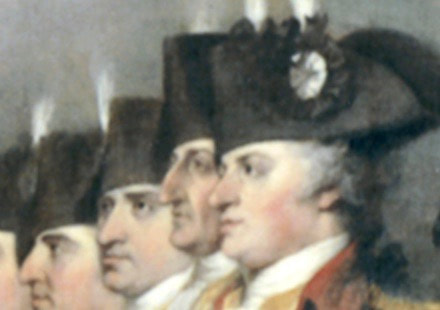 Gen. Peter Muhlenberg, second from right, at Yorktown. He was the regiment's first colonel. (U.S. Capitol)
The 8th Virginia was originally composed of ten companies of 68 enlisted men each. Companies were led by a captain, two lieutenants, and an ensign. The regiment was led by three field officers: a colonel, a lieutenant colonel, and a major. Staff officers included an adjutant, a chaplain, a surgeon, a surgeon’s mate, and a quartermaster. Some positions, especially staff officer posts, were occasionally vacant. Officers and enlisted men together added up to over 700 men, at least in theory. Virginia regiments were reorganized on November 1, 1777 to consist of eight companies.

Below is an outline of the regiment’s organization, including all of its original officers and some replacement officers. Enlisted men are included when I have blogged about them or if descendants have identified themselves here or on our Facebook community. The number of men identified here will grow over time. If you think you are descended from an 8th Virginia veteran but aren't sure, email and ask. (Keep in mind that understrength regiments were consolidated in September of 1778--the 8th Virginia was folded into the 4th Virginia and the 12th Virginia became the "new" 8th Virginia--an entirely different unit.) Most officers listed below with service concluding September 14, 1778 continued on in the 4th Virginia.

This is not a complete list of soldiers. There will likely never be a complete roster of the regiment’s men, because one company (John Stephenson’s, which served only one year), did not leave a surviving list of its men. Compiling a complete-as-possible roster of the rest of the regiment is a central part of this project. Except for officers, only original ranks are shown. Tracing the succession of officers is difficult in some cases. Promotions were contested, made retroactively, and in at least one case rescinded. Rank dates therefore don't always correspond with command assignments. More detail will be shown here over time as the puzzle pieces fall into place. Officer data is taken from contemporary documents, using Francis Heitman's Historical Register of Officers of the Continental Army when data from original sources can't be located. Data for enlisted men is taken from original documents only.

If a specifically biographical post has been written about a soldier, it is linked directly from the soldier's name. Posts that prominently mention soldiers are linked by date after the individual's name. The names of self-identified descendants or relatives follow the names of soldiers in brackets. Please use the web form on the Contact page if you would like to be added. Please specify if you would like your email address to be linked from your name.

The symbol "†" indicates a date of death while in service. The symbol "∞" indicates the date an officer was cashiered/removed from command. 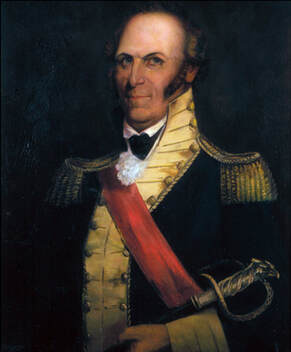 Field Officers
*John Markham was cashiered for misconduct after the Battle of Germantown.
**Richard Campbell was improperly promoted to major by Gen. Charles Lee and served as such for about a year before the promotion was rescinded, when he was also transferred to another regiment and promoted to major.
***William Darke was promoted in the fall of 1777 but, for purposes of seniority, made retroactive to January 4, 1777 to partially correct the error made in Richard Campbell's promotion. He was captured at the Battle of Germantown, October 4, 1777. 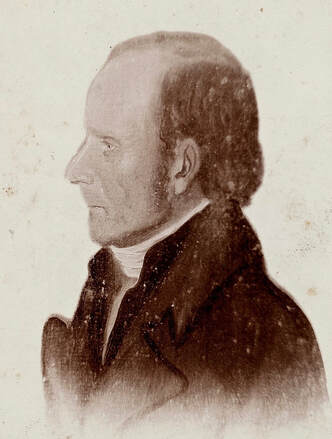 *Lieut. Kirkpatrick was taken from Capt. Croghan's company to replace Francis Swain as adjutant. He was promoted to Captain on August 10, 1777 (retroactive to January 4, 1777) but continued serving as adjutant until he was given command of his own company in the spring of 1778.

First in seniority. Completed December 10, 1775 in the West Augusta District (now Southwestern Pennsylvania and nearby parts of West Virginia). Originally raised as an independent company for service on the frontier and then attached to the 8th Virginia when the regiment was created in 1776. Virginia men who enlisted in 1775 served one-year enlistments. Consequently, these men were discharged more than a year earlier than the rest of the regiment (Virginia enlistments beginning in 1776 were for two years). No list of enlisted soldiers in this company has been found. The names of enlisted men below have been identified from deserter advertisements, pension affidavits, and local histories. All soldiers who have been identified as belonging to this company are listed.

Sixth in seniority. Completed March 12, 1776 in Hampshire County (now West Virginia). This company was severely depleted by malaria during the southern campaign 1776. Captain Westfall resigned on November 22, 1777.
*Edward Moody transferred to the State Artillery.
**James Berwick's overlap of Moody's term as 1st Lieutenant may indicate that his promotion was made retroactive.

*A May, 1778 muster roll reference to Eastin as captain erroneous.
**Pvt. George Albin stated in his pension application that Francis Baldwin was ensign when he enlisted in February, 1776.
***John Kay was promoted from sergeant on April 23, 1777 but his commission was retroactive to March 16.

Tenth to be completed, but later determined to be ninth in seniority. Completed April 19, 1776 in the West Augusta District, especially Fort Pitt and Pittsburgh. After missing the rendezvous at Suffolk, Va. in 1776 this company was assigned to the 1st Virginia Regiment for the 1776 campaign. Captain Croghan was promoted to major on May 16, 1778.
James Knox's Company

​Raised in Fincastle County and supplemented with men from Dunmore County. Built on a cadre from an independent frontier company raised in 1775. Ninth to be certified by its county committee of safety, but later determined to be tenth in seniority because the company did not meet its enlistment quota. Certified April 4, 1776 in Fincastle County (now southwest Virginia and Kentucky). This company was severely depleted by malaria and desertions during the southern campaign 1776. Captain Knox and Lieutenant Craig were transferred to Morgan's Rifles in 1777 and the company thereafter existed only on paper, though a few of the men may have returned to the regiment at Valley Forge.
Robert Higgins' Company

"Completed" on May 9, 1777. This was an entirely new company raised to replace John Stephenson's company, which ceased to exist in the fall of 1776. Higgins was promoted from Abel Westfall's company to lead the new unit. These men enlisted for three years' service or the duration of the war (whichever was shorter), the term applied to all 1777 enlistees. Higgins was not able to recruit a full complement of men. 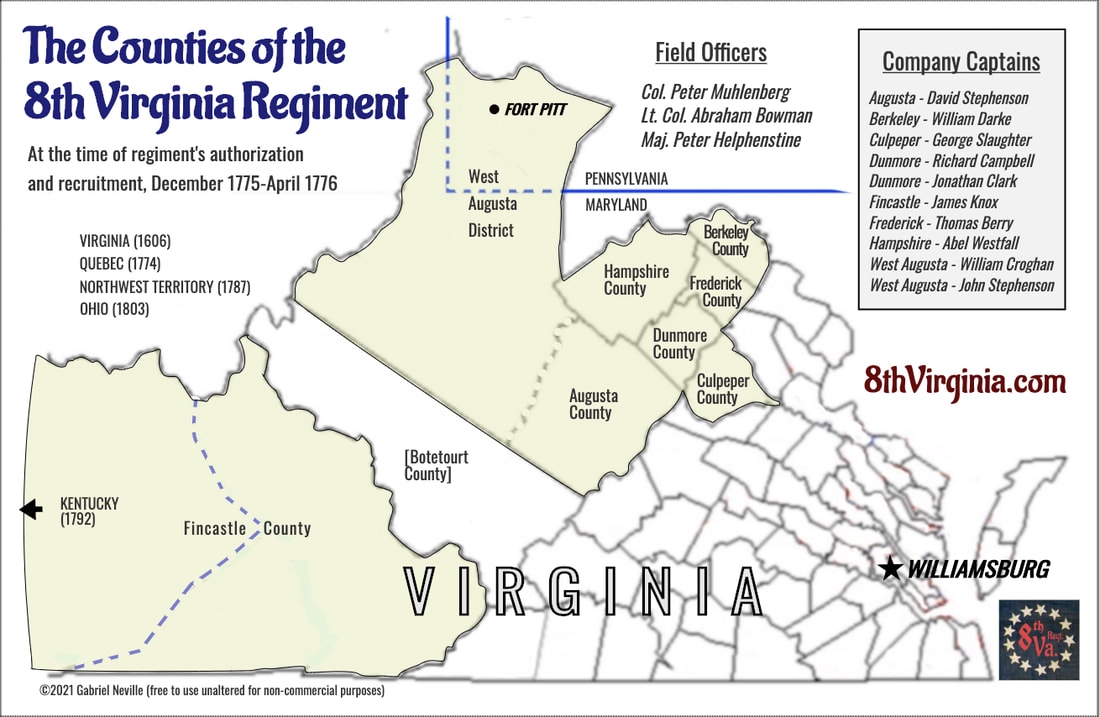